Face down, ass up that’s the way I like to workout! Haha!

If I told you there was a workout where you could stare at a toned tushy and lose weight would you sign up?! Hell yeah you would.  So get your butt into a yoga class and get ready for a down dog inducing sweaty workout that works every muscle in your body. There are a variety of exercises available to us and many only the female gender seem to dominate. Guys what’s up with that!? Sure we all hike and it’s nice to see hot girls in their short shorts and buff guys in their tank tops, but it’s only a 20 second glimpse.  Not long enough to really form a solid remembrance for later on (wink wink). Why not spend an hour watching the girl, or guy in front of you continuously touch their toes and flaunt that yoga booty in your face! 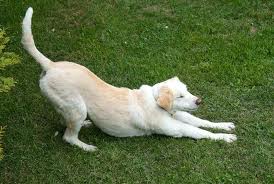 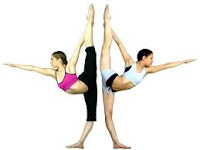 My best friend is a yoga teacher and some of her advanced moves have become party tricks. Who doesn’t want to see a hot chick with her legs behind her head!? LOL! Start taking class and that could be you! Or guys, take class and you could meet that girl and if you’re lucky enough get a private lesson in the comfort of your own home.

Contrary to what some may assume, yoga actually builds up quite a sweat. You leave feeling centered, motivated and with a rush of endorphins released. Perfect time to hit on that hottie you had your eye on during practice. I’d assume at least half the people participating in yoga classes do so for the spiritual, mind/body calming effects- in short, less crazies out there!

So go put on your tightest, sexiest outfit, grab a yoga mat and who knows, you might be doing more than yoga on it! The hardest thing about this workout is hiding your “up dog” in tight clothes. Ha! What’s your favorite part about yoga?! Tweet me at @JillAnenberg

If you’re ready to take your health and life to the next level, schedule a “Health Consultation” session with me! One conversation could change your life! I’d love to work with you! Click here!

For Jill, eating right, working out, and maintaining a healthy lifestyle is second nature. You couldn’t ask for a better guide on this journey.